Legal Department of the Future

The Legal Department of the Future – or how intelligent are cockroaches!

On Thursday 21st February David Haliwell, Director of Knowledge and Innovation Delivery at Pinsent Masons, gave a very thought provoking presentation of what the legal department in the future could look like. 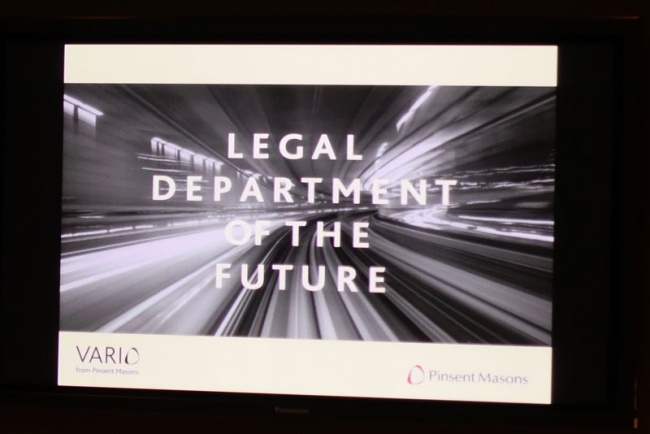 He commenced his talk looking at the continuing revenue growth of the UK’s top 100 UK law firms which has steadily risen from £12,252 million in 2007 to £22,063 million in 2017. At the same time the number of practicing barristers has risen from over 15,000 in 2014 to over 16,500 in 2018 but it begged the question of whether these revenues would continue to rise after Brexit when the UK may not be such an attractive market to invest in?

What was of interest to our members is that the number of employed barristers has also risen in the same time period from 2,794 to 3,014 as well as the overall percentage of lawyers employed in government, commerce and industry from 15% in 2000 to 22% in 2015. In fact David gave some interesting statistics on the global legal market which showed that in-house legal departments and new legal service providers were expanding more than traditional “big old law firms”.

We are seeing major new players offering legal services such as the likes of the big four accountancy firms such as PwC “NewLaw”, alternative business structures such as major PLCs externalising their in-house legal teams like BT Law Ltd, and non-law firms such as Axiom providing anything from legal tech services to providing interim legal professionals. 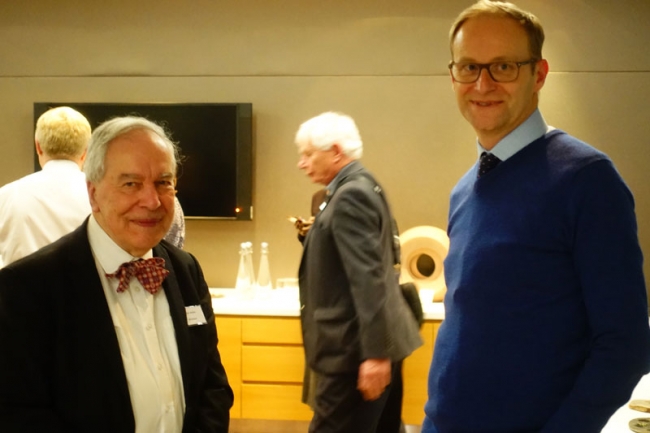 David looked at legal technology to help in-house lawyers looking at some of the systems, some of which were actually were not quite so new, but are increasingly in use for legal research, contract analytics, e-discovery and expertise automation – all forms of artificial intelligence (“AI”) but don’t be too alarmed - a cockroach is more intelligent than current AI systems!

The traditional law firms such as Pinsent Masons are responding with the creation of their flexible legal solutions business “Vario”, as well as providing a hybrid legal model of legal, process and tech services to their corporate clients as part of their “Smart Delivery”. Law firms, in response to the New Law of accountancy firms, are increasingly providing a multidisciplinary approach with not just lawyers but other expertise and resources such as tax advisers, HR consultants and legal engineers. The total global market was worth in US$700.4 billion, of which USA was $275bn, UK $42bn, rest of the world $375bn and New Law was an incredible $8.4bn (source was Thomson Reuters, Georgetown Law, “Alternative Legal Service Providers” 2017).

Contract automation has transformed industry sectors which need to create and complete high volumes of standard term contracts and other legal documentation. These systems also help companies analyse legal claims trends, for example, a major employer can start to look at the percentage of employment claims relating to unfair dismissal or discrimination, using this information to change HR practices. In complex litigation e-discovery systems have greatly reduced the time and resources needed to analyse high volumes of documentation. 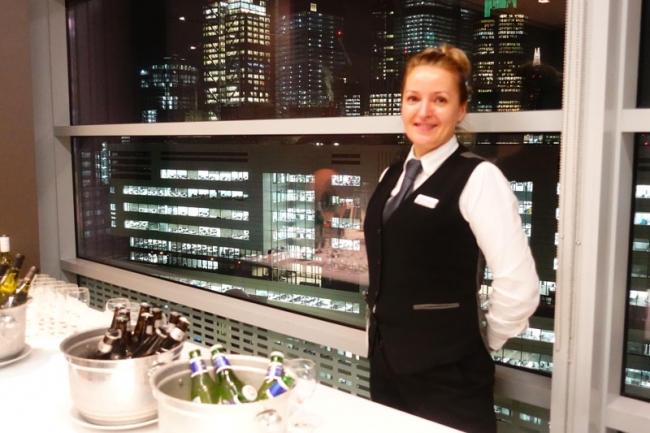 The in-house barrister is right in the centre of this revolution in the global legal market. Are you ready or will the cockroach beat you?

Thank you to David Haliwell for giving such an interesting presentation, and to Vario from Pinsent Masons for hosting and sponsoring such a successful event.